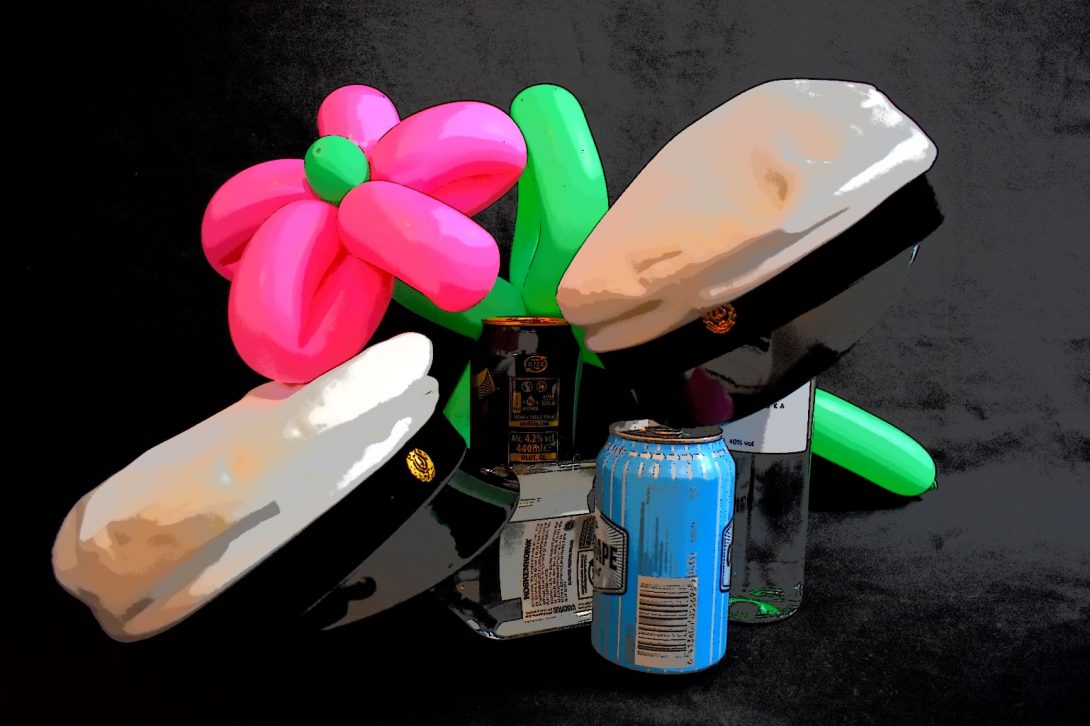 Now that you’ve seen Finns celebrate Vappu it’s time to discuss the relationship Finns have with alcohol. We have a reputation of being heavy drinkers. We perpetuate this stereotype either by actually being more or less drunk in public during such celebrations as Vappu, when abroad on our holidays, or by retelling this stereotype to visitors or newcomers. In this blog post we’ll look at how Finnish drinking habits appear through the eyes of research, and how they might differ from those of our neighbors.

In statistics, alcohol consumption is presented as the amount of raw alcohol in liters per each person over 15 years of age. In 1968 we drank 4.9 l per person a year, in 1977 seven liters a year per person, and by 1990 we were already knocking back 11 l per person per year. In 2005 our consumption was a whopping 12.7 l per person. This certainly seems a lot, but is it?

Well, in the 1960s we were drinking less than, for example, the wine-drinking French or the beer-loving Central Europeans. But as our consumption grew over the years, that of other countries leveled or decreased a bit and now we drink about as much as Europeans in general, but more than people in the other Nordic countries. So, it’s perhaps not how much we drink in a year but how much we drink at a time that has earned us the reputation.

Indeed, in comparison with the wine drinking countries of Europe, we tend to drink more seldom but when we do we drink more alcohol at a time. So, when we Finns drink we tend to get smashed. But in that we are not that different from the Swedes, Norwegians, Danes, or the Brits. So, Swedes, stop telling those drunken Pekka stories about us! You’re no different! You like to get hammered as well, you just do it with wine where as we Finns…..

The stereotype is of a Finn drinking hard liquor straight from a bottle. Well, that was true (at least the hard part) in the past, but ever since the early 1990s we have consumed most of the alcohol we consume in the form of keskiolut, meaning beer with alcohol content between 2.8 and 4.7 percent by volume. And 96 % of that beer is lager. If you’ve tasted Finnish lager, this might be difficult to understand.

While this blog post was inspired by Vappu, the springtime celebration when one can see plenty of drunken Finns on the streets, we actually drink mostly in private during the weekend, Saturdays in particular. We drink in the privacy of our homes, summer houses, saunas, etc. But, when we do go to bars and nightclubs and drink, the aim is to get drunk. This is not necessarily case when drinking at home.

Our drinking concentrates on the weekends, when we are on summer vacation, or are celebrating a holiday such as Vappu, Mid-Summer, Independence Day, Christmas, New Years, or Easter. The likelihood of a Finn dying from alcohol poisoning is highest on Vappu. If we include deaths from alcohol-related accidents, Mid-Summer is the worst followed by Vappu. Christmas comes in third in both cases.

What about that reputation then? Is it earned? It is at least in the sense that often the aim of drinking in Finland is to get drunk. We don’t tend to drink one or two glasses of wine or beer with food, but rather alcohol is consumed in the absence of food with the explicit intent of getting drunk.

Perhaps then, as the years go by, we’ll see less and less public drunkenness on Vappu and more of just having those one or two glasses with dinner.

The mission of Finnwards is to help you build a uniquely Finnish life for yourself and your family. Our online tutorials will give you the information and tools you need to succeed in your professional and private life in Finland: https://school.finnwards.com/

Give us feedback, suggest a blog topic

The mission of Finnwards is to help you build a uniquely Finnish life for yourselves and your families. We give you the information and tools you need to succeed in your professional and private life here in Finland.