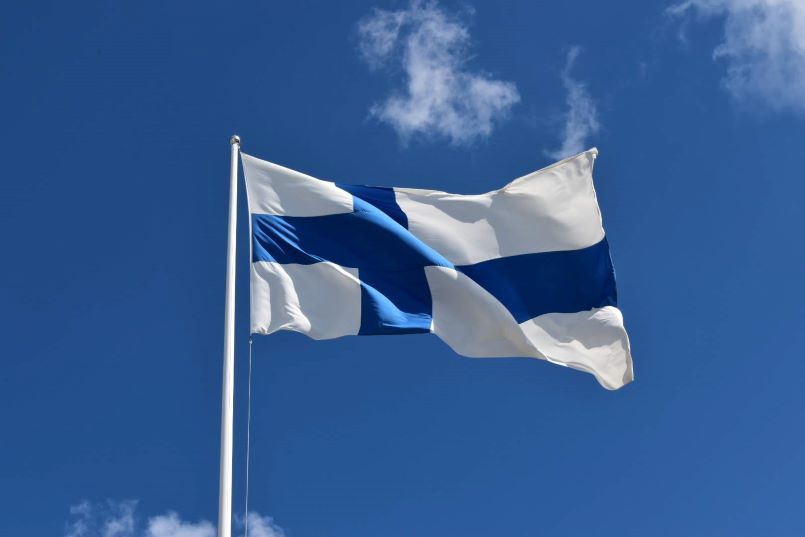 The Independence Day of Finland is tomorrow on December 6th. In this blog post, we take a look at the Finnish Independence Day celebrations. We’ll try to explain why they are the way they are, quite solemn and subdued.

In November 1919, the government of Finland decided that the country would celebrate its independence on December 6th. On this date in 1917, the Finnish parliament had accepted the declaration of independence by the Finnish government.

The decision on a date was a part of the larger nation-building efforts of the time. In May 1918, the parliament, for example, had chosen the blue and white flag as the Finnish flag.

The government chose the December 6th date partly because the date was uncontroversial. Both sides of the Finnish civil war of 1918 had proposed their dates. If the government had chosen one of those, the Independence Day of Finland would be either May 16 or November 15.

From the beginning, Independence Day was a day off in schools, and government institutions and offices. It became an official day off for everybody in 1929.

Want to know more about Finland, Finns, and finnishness? Get the “Your Crash Course to Finland” online course now from our online store.

The Independence Day celebrations in Finland are dominated by official events. These events are very visible in the national news media.

The National Broadcasting Company Yle shows the ecumenical independence day church services on tv. Similarly, the parade of the Finnish Defence Forces is on tv. The newspapers publish lists of people to whom the President of Finland has granted honors, or promoted in the Defence Forces.

The biggest event of the day is the Independence Day Reception of the President of Finland. That is also televised. We’ll talk more about that a little later on.

One visible event happens in Finnish university cities. Students march with their white hats and lit torches in their independence day parades. In Helsinki, the march begins from the Hietalahti cemetery at 5 pm. It passes the Presidential Palace and ends at the Senate Square at 6 pm.

Over the last five years or so, students have not been the only ones to march with torches on Independence Day.

A few years back, the 612-march entered the scene. The march is called patriotic (the organizers), nationalistic (media), or fascist (anti-fascist groups) depending on who you ask. The 612-march organizers define their march as politically nonaligned. Despite this claimed non-alignment, the march is advertized mainly on right-wing populist and far-right websites and forums. The participants include people with right-wing populist and far-right leanings and also neo-nazis.

Neo-nazis have also had their own march in the past few years. The organization behind the previous neo-nazi marches has now been banned in Finland (Finnish Supreme Court decision pending), but they tried organizing this year’s march under a different organization. The police didn’t grant a permit for this new march because of its clear association with the banned organization.

These marches have brought out counter-demonstrators. The Helsinki without Nazis march will take place this Independence Day as well.

In addition to the official traditions in which we partake via the media, Finns don’t have many common private traditions. There aren’t any specific foods, things to do, or places to go like on many other holidays. What you will see, though, are two candles burning on Finnish windowsills.

Burning candles as a mark of celebration has a long history. During the Swedish era, people burnt candles on royal celebrations. During the Russian era, to honor the imperial family.

The current tradition supposedly has its roots in the Jäger movement. Some Finnish men traveled from Finland to Germany for military training in the years just before the Finnish independence. They did this in secret from the Russians. At that time, two candles burning on a windowsill indicated safe houses for these men.

In the early years of independence, this association with the Jägers restricted the spread of the tradition. Before the Second World War, mostly well-to-do families in the cities lit two candles on Independence Day. Now, the two burning candles are the most visible outward sign of Independence Day celebrations in Finnish homes.

If you want to take part in this, place two candles on your windowsill and light them at 6 pm and blow them out at 9 pm.

War imagery and the Independence Day

World War II imagery very strongly dominates the Independence Day of Finland. The newspapers and dailies usually carry several articles on the Second World War and especially on the Winter War. The same goes with tv programming that day. This is particularly true for the National Broadcasting Company.

This might feel strange, but there is an explanation. Although Finland became independent already in 1917, the Winter War of 1939-1940 has in recent decades become the foundational myth of Finland as a nation.

After the Finnish civil war in 1918, the country remained divided along class and political lines. In this myth, the Winter War is the horrifying but glorious event during which Finns came together as one to thwart the massively larger Soviet army. The wounds of the civil war were thus forgotten. Finland as a unified nation was born.

This use of the Winter War is connected to the collapse of the Soviet Union. After the Second World War and during the Cold War, the government of Finland talked about the Winter War quite differently.

Currently, there is no other event in Finnish history that could take the place of the Winter War as the foundational myth. Even though the last of the veterans will soon be gone, it is unlikely that the war will lose its place in Finnish independence day celebrations. Every year, though, there are voices calling for happier and less gruesome ways to celebrate.

The most important part of the Independence Day in Finland is the presidential Independence Day Reception. People often make fun of the Finnish independence day celebrations. We are probably the only people who celebrate their independence by watching hundreds of people shake the President’s hand on television. Nearly 3 million Finns watch it on tv every year. This is amazing considering how boring it really is.

But it is our Oscar night, Nobel Banquet, or Royal wedding.

The event started modestly. In 1919, the president invited about 150 guests to a short event in the afternoon. The first evening party was in 1922. The reception became an important high-society event after the Second World War. It has been broadcasted live on television since 1982.

The event might be boring to others, but it is the symbolism that attracts millions of Finns to it every year.

State balls had been arranged in Finland during the Russian era to celebrate the start of the Diet. The current reception and its location continue this imperial flavor. This royal symbolism, however, mixes with the egalitarian aspirations of the nation.

Every year the president invites 1 800 – 2 000 guests to join in the celebrations. In recent years, an increasing number of guests are regular people. These are people that the president has met during the year, people who have distinguished themselves somehow in civic organizations, entertainment, sports, science, and business. Invitation to the independence day reception in the Presidential Palace is thus an outwardly sign that you have made it in the eyes of the Finnish state.

Those of us who have not been invited can enjoy this presidential seal of approval by proxy. We can watch the proceedings and spot celebrities or people we know personally. You never know, next year it could be us.

Get the “Your Crash Course to Finland” online course – your gateway to all things Finnish – now from our online store.

The mission of Finnwards is to help internationals thrive in their life abroad. We provide coaching, consulting, and training services that help them do just that. Check out our Services for Businesses and Organizations or our Expat Inspiration Catalog for more information! While we serve internationals and their employers all over the world, our specialty is Finland. With our help, internationals can build a uniquely Finnish life for themselves and their family. In addition to the coaching, consulting and training services, we also offer a wide selection of self-guided online courses about Finland. Contact us and let us help you or your employees succeed in their professional and private lives abroad and in Finland. 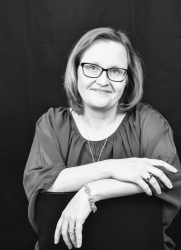 Follow me
Minna
Content creator at Finnwards Oy
Minna knows what expat life is like. She's living one currently in Estonia. She also knows how to recruit foreign talent and how to manage on-boarding effectively. She did that for 10 years. She is passionate about expat coaching and cultural training. She enjoys creating interesting and helpful courses, training courses, blogs, and other content for internationals and their employers. Her particular interests are expat spouses and just workplaces. 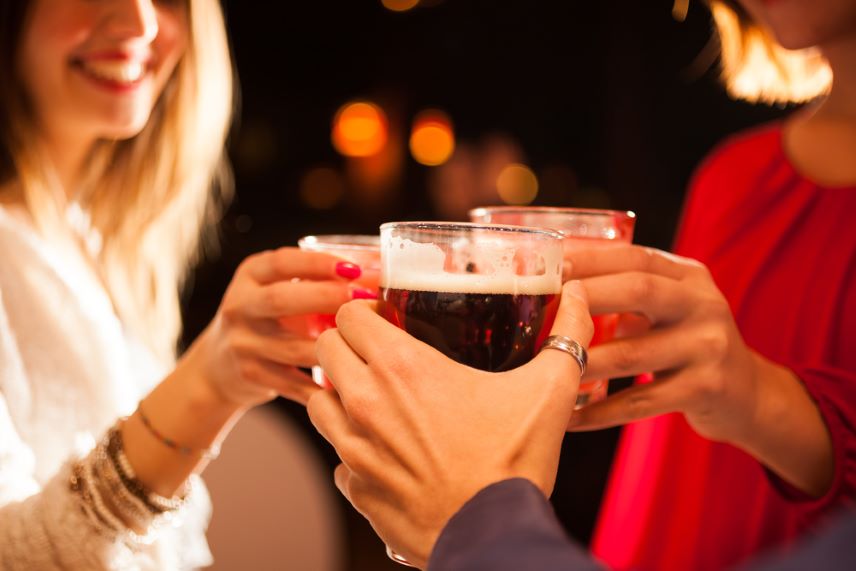 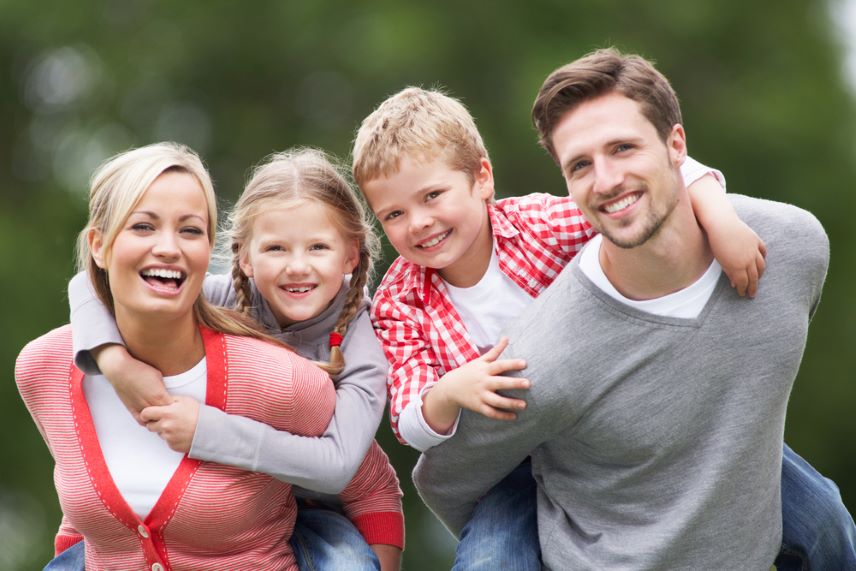 Our most recent posts

Receive the blog straight to your inbox!

Now you can! Signup here:

The mission of Finnwards is to help you build a uniquely Finnish life for yourselves and your families. We give you the information and tools you need to succeed in your professional and private life here in Finland.